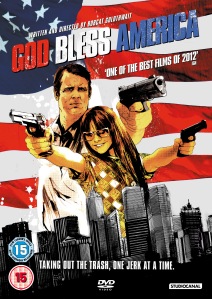 Our civilization is cracking. People everywhere feel disoriented, uncertain, anxious or discouraged. The old patriarchal paradigm, with its androcentric values and actions has resulted in a life-destroying, mechanistic, aggressive civilization which seems unable to guide us into the future without self-destructing.
Fortunately in our life time, a “New Story” is emerging through the co-incidence of Western Science and Eastern Spiritual teachings. It offers a fresh understanding about what it means to be human, what kind of world we live in, what counts for power and what is the meaning of “Spirit”.
This New Paradigm clearly demonstrates the harm that has been caused in both human development and planetary health through the historically overwhelming dismissal, not only of women and girls, but of feminine values in general.

The feminine principle is not just an idea or a symbol. It refers to something real and eternal in the Cosmos, and something of utmost practicality in our daily lives.
Most women, and some men, want to see a new balance of masculine and feminine capacities and power. Women have wanted it for a long time, and many have tried repeatedly throughout history to bring about such an integration. However, the resistance from patriarchal institutions such as religion, science, education, politics, and government (in addition to the personal fear of most men and boys) has, until now, been overwhelming and often brutal. (Elizabeth Rabia Roberts)

Patriarchy is a social system in which the male is the primary authority figure central to social organization and the central roles of political leadership, moral authority, and control of property, and where fathers hold authority over women and children. It implies the institutions of male rule and privilege, and entails female subordination.(Wikipedia

Principles of the New Paradigm:
An Unbroken Wholeness

1. Everything is related to everything else.
2. Humans are not separate from the rest of the natural world. The well-being of humans is intrinsically tied to the well-being of the Earth system.
3. Spirit and Matter, while not the same, are inseparable. Spirit is inseparable from what is manifest.
4. We are Spirit. We do not “have” it, “earn” it, or “become” it.
5. There is inherent value in all life. The well-being and flourishing of life on Earth has value in itself.
6. The Universe is neither created nor maintained from the outside. The whole unfolding is spontaneously emerging, self-regulating, and self-evolving.
7. In living systems, the whole is always greater than the sum of its parts.
8. Diversity, not sameness, makes for healthy systems. Life doesn’t make “monocultures” out of people, cultures, or land.
9. Life is intent on finding what works, not what is right.

Everything is so utterly interrelated that we cannot afford to act as if we are separate any longer – in families, within countries, and among countries.

Out of control machismo that went crazy for power

A growing number of world leaders have begun to speak about the urgent need to turn away from the outdated and destructive values of patriarchy, a world view that has led us to the brink of planetary disaster.
Perhaps this is where the confusion lies. To be clear, the Patriarchy is not the same as the masculine. The patriarchy is a kind of out of control machismo that went crazy for power, aggression and ownership several thousand s of years ago.
It has made a mess of life for men as well as for women since then. Of course it hurts women a heck of a lot more; after all, millions of us were actually burned as witches, and estimates suggest that as many as two billion of us are raped over the course of our lives.

Patriarchy: Having a Penis Means
a Male God Wants You in Charge of Women
August Cline (atheism.about.com)

Apologists for patriarchy and male privilege are among the most ridiculous and absurd defenders of any sort of unjust privilege that you can find.
When you get right down to it, all their arguments ultimately reduce to waving around their genitalia and insisting that because their genitals hang down and outside their bodies, they have divinely-sanctioned authority to be leaders and deciders in the family, in politics, in business, and in all of society. So a penis is a badge of leadership. …
The actual arguments they attempt to use lack any intellectual, philosophical, or moral credibility and this is because it’s all just a smoke screen to distract attention from the fact that their position reduces to “because God gave me a penis.”
They don’t notice this, though, because they are just so engrossed with their penis and/or are upset that others (mostly women, but also some men) refuse to acknowledge the leadership-granting qualities of the penis.
Take one of their arguments and insert “Look, a penis!” and “God gave me a penis!” every so often to get a more accurate picture of what’s really going on.