Israeli Anarchism
Being Young,Queer, and Radical in the Promised Land
Aaron Lakoff, Interview 2005

“Anarchism stands for the suspicion of authority and suspicion of all governments and the readiness to criticize and rebel against any government that may have started out in a humanitarian way, but that became ossified and dictatorial. Anarchism has as its goal the idea of a decentralized society where individuals are free from the oppression of government and corporate power and the church.” Howard Zinn – Personal philosophy

Yossi is a young resident of Jerusalem and a member of the International Solidarity Movement. He is part of many social movements in Israel and Palestine, including Anarchists Against the Wall and Black Laundry, a radical queer group. … Here he speaks about anarchism in Israel, it’s relationship to the Palestinian struggle, and radical anarchist and queer culture.
END_OF_DOCUMENT_TOKEN_TO_BE_REPLACED

The Israeli-born, UK-resident reedman, composer and writer talks to MARK GILBERT in advance of five solid months on the road to coincide with the release of Songs Of The Metropolis. 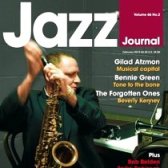 Gilad Atzmon is sceptical about the British arts system, about the addition of form-filling to the musician’s skill-set, and it bears on his musical philosophy in general. Atzmon holds that jazz at its best is a instinctive activity, one that is in perpetual danger of having its vital power drained by subsidising bodies propelled by an “Enlightenment” view of music.
“I believe that the existence of an artist should be inherently dependent on the ability to communicate with an audience – I don’t say big audience. The art form that I am involved with is basically the total opposition to the Enlightenment.
END_OF_DOCUMENT_TOKEN_TO_BE_REPLACED 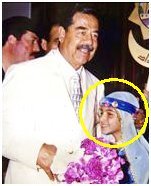